It took a bit of planning, but a couple of weeks ago, friends Diane, Joyce and I got together at Joyce's cottage for a mini retreat.  Coordinating schedules can be hard!  But, Diane and I finally got to escape the heat of the valley to go up to see Joyce for a couple of days in the cool mountains!

Here is the view from the deck early in the morning.  Can you believe we did not sleep past 6 AM any of the days? 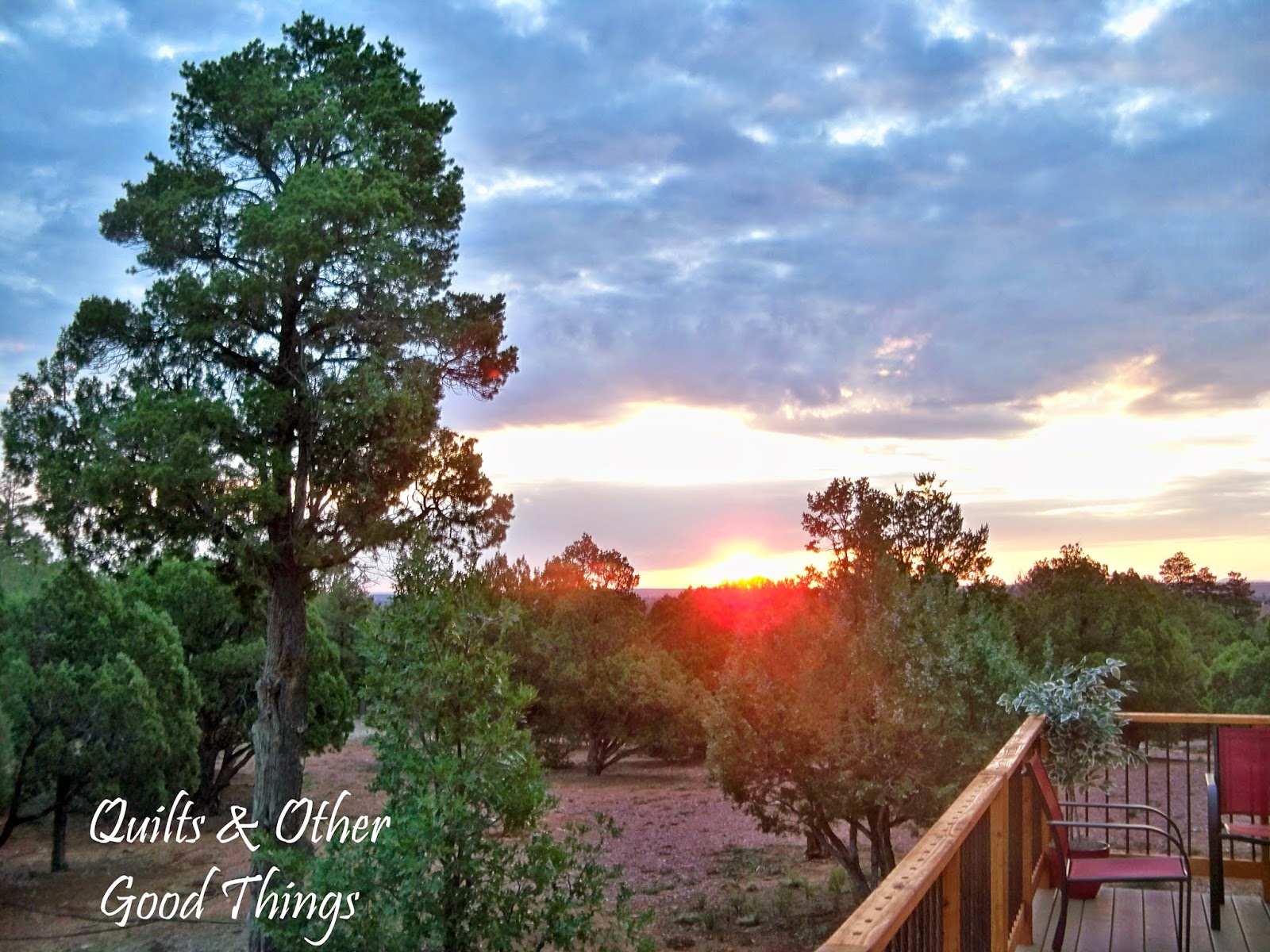 In no time, we had our machines set up and were sewing! 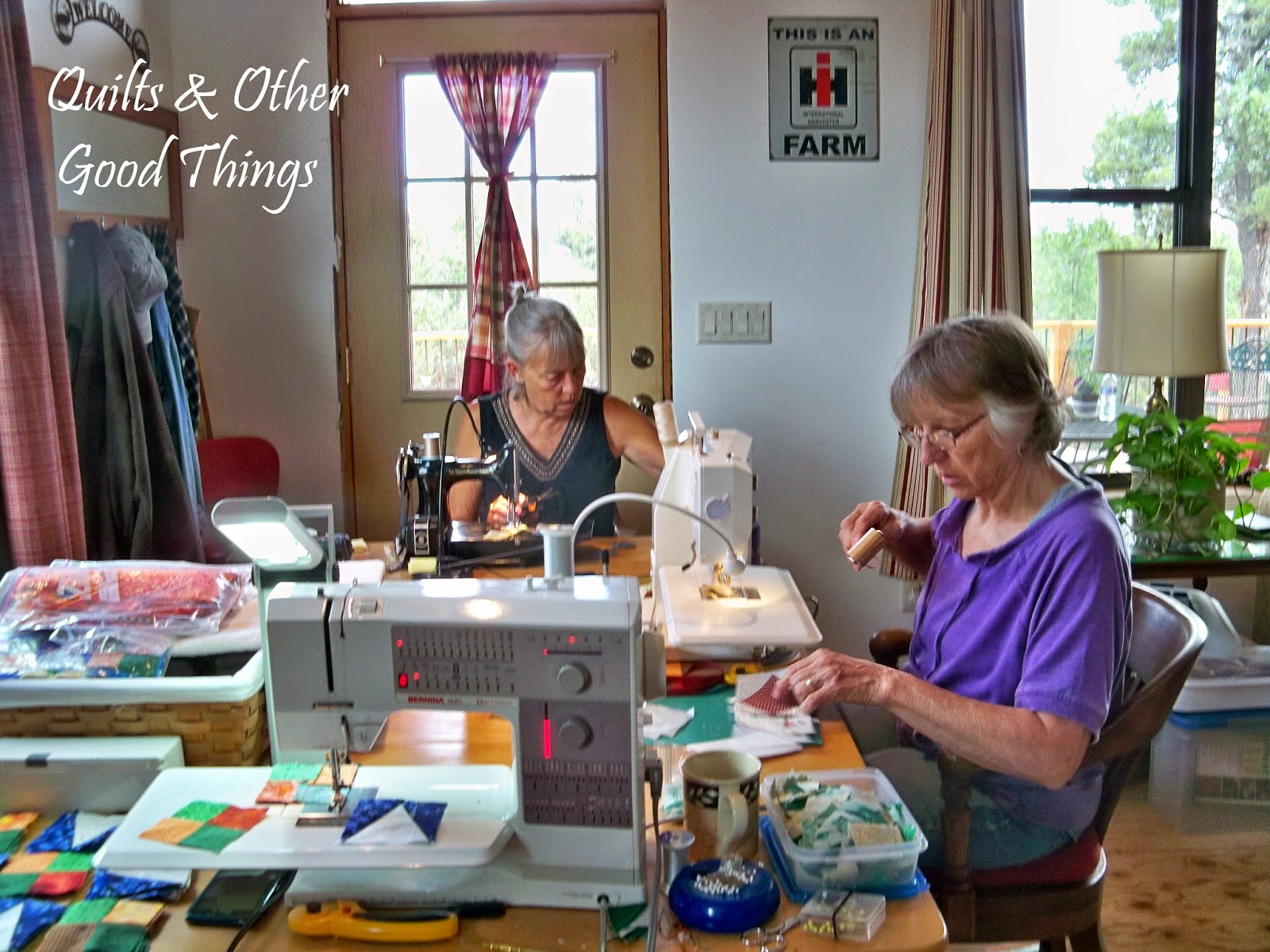 It is a good thing we went when we did.  Last week Diane took a bad fall on her roller blades and has several breaks in her right hand and fingers plus scrapes and bruises on the rest of her right side! It will be a while before she will be able to do much sewing! 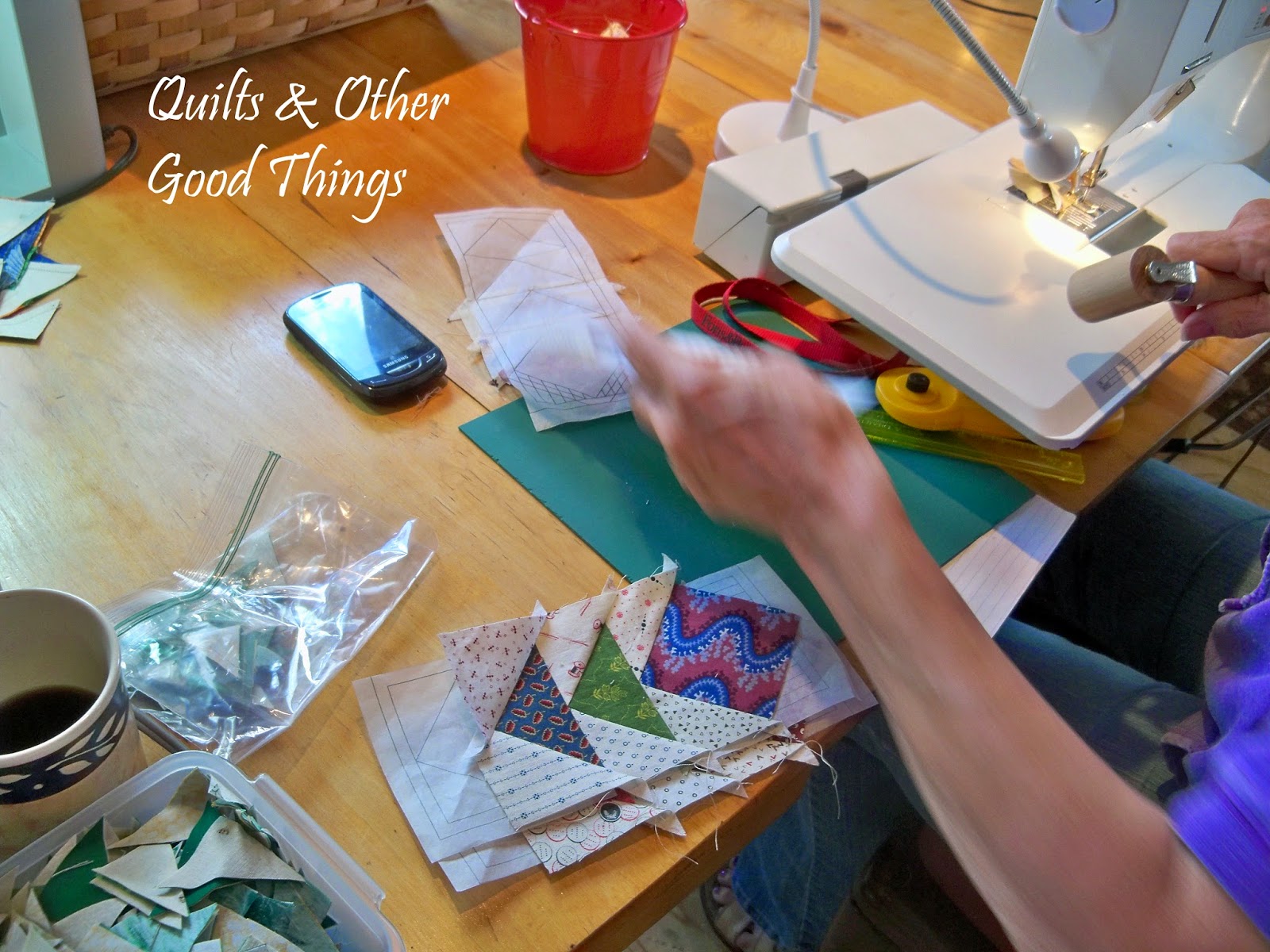 Diane was paper piecing the blocks for a flying geese quilt.  It is going to be stunning! 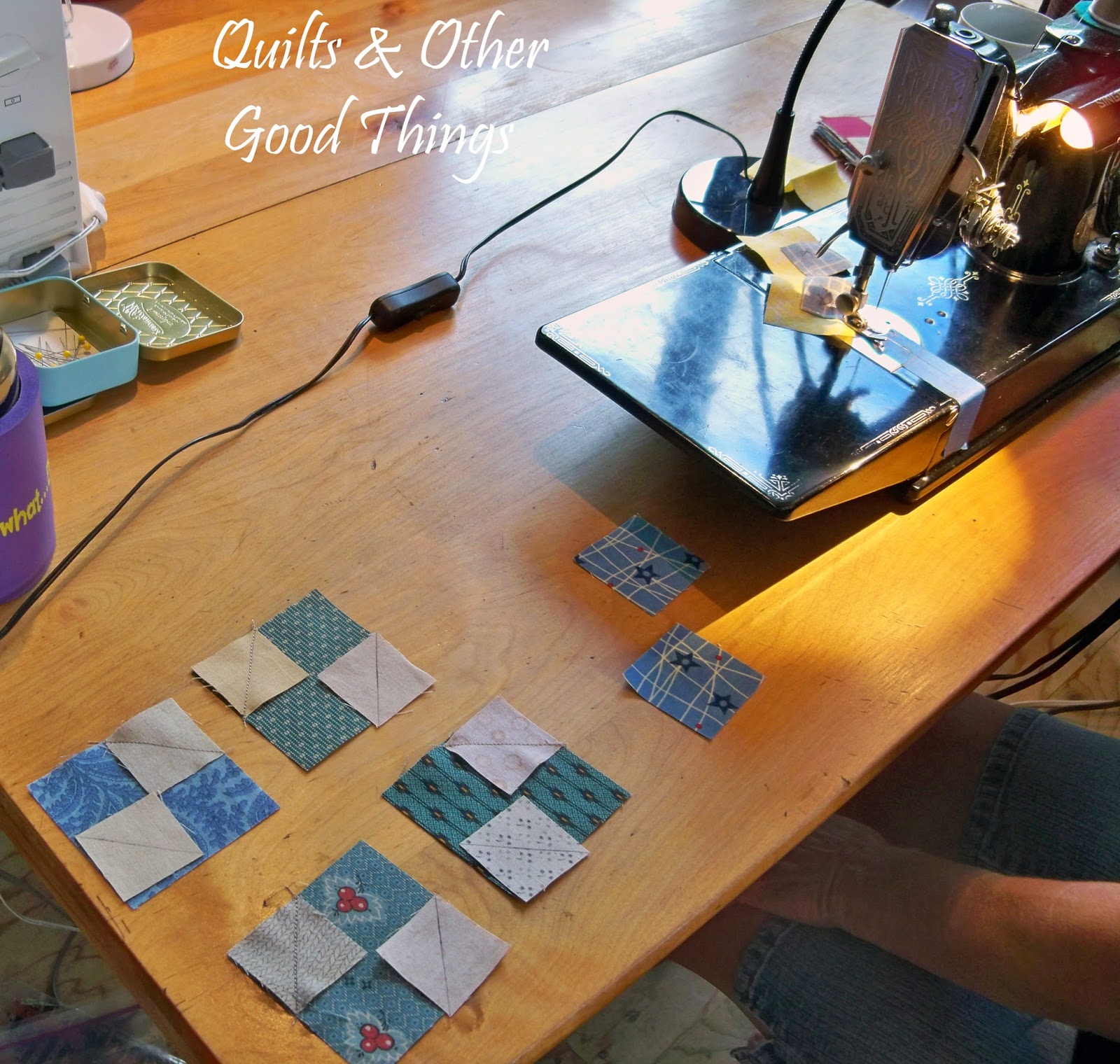 Joyce was stitching corners on units for a quilt with some bow tie units as her "leaders and enders". 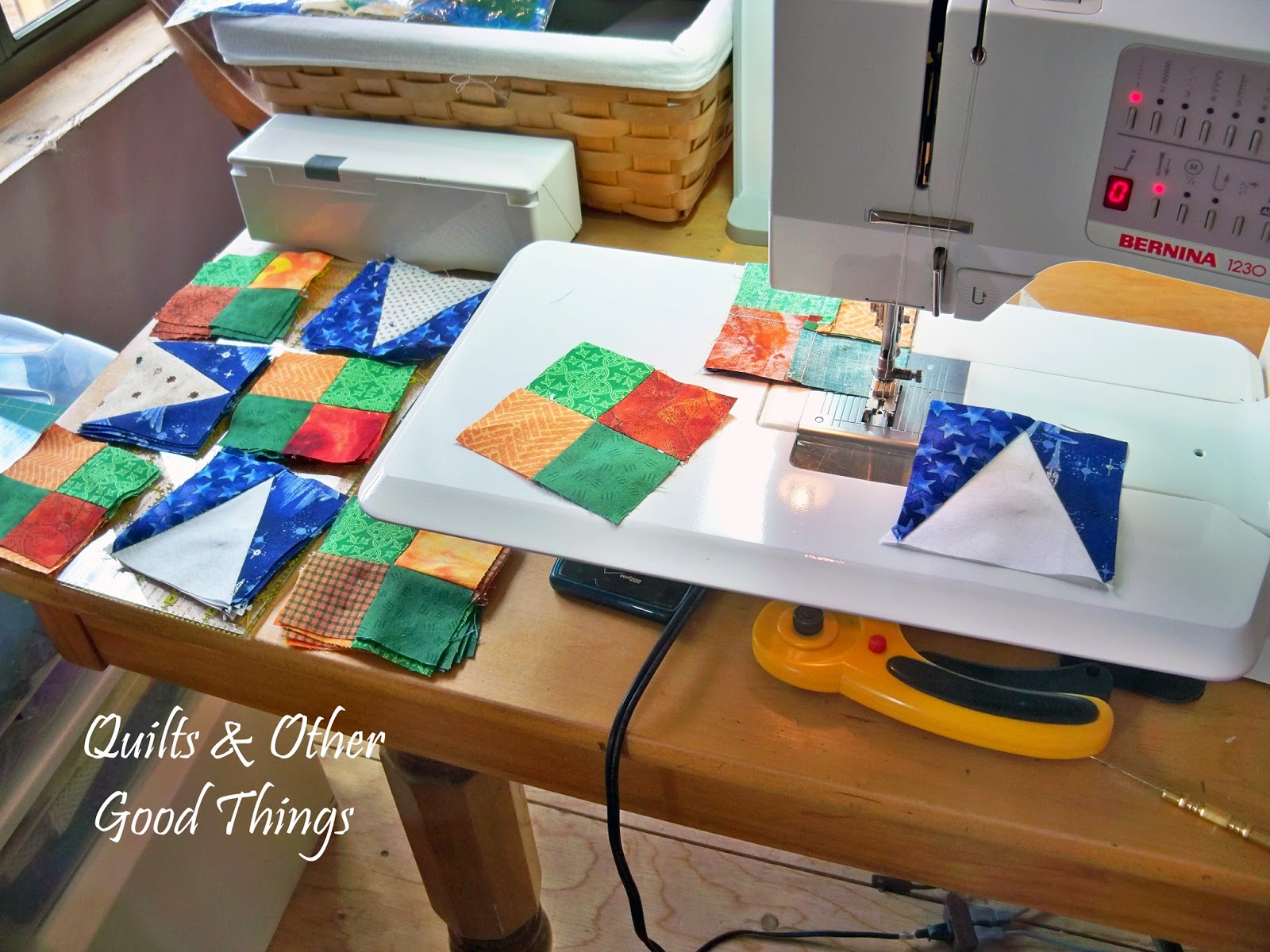 I was finally putting together the units for the star blocks of the Celtic Solstice quilt a Bonnie Hunter mystery quilt started last November.

We all made quite a bit of progress in addition to laughing, talking, eating and just enjoying being together.  We are planning to something special for our 30th Friendiversary in 2016.  We met in 1986 when we all joined the same chapter of the Arizona Quilters Guild and became fast friends.

Since our mini retreat, I've made a bit of progress on the Celtic Solstice quilt blocks. 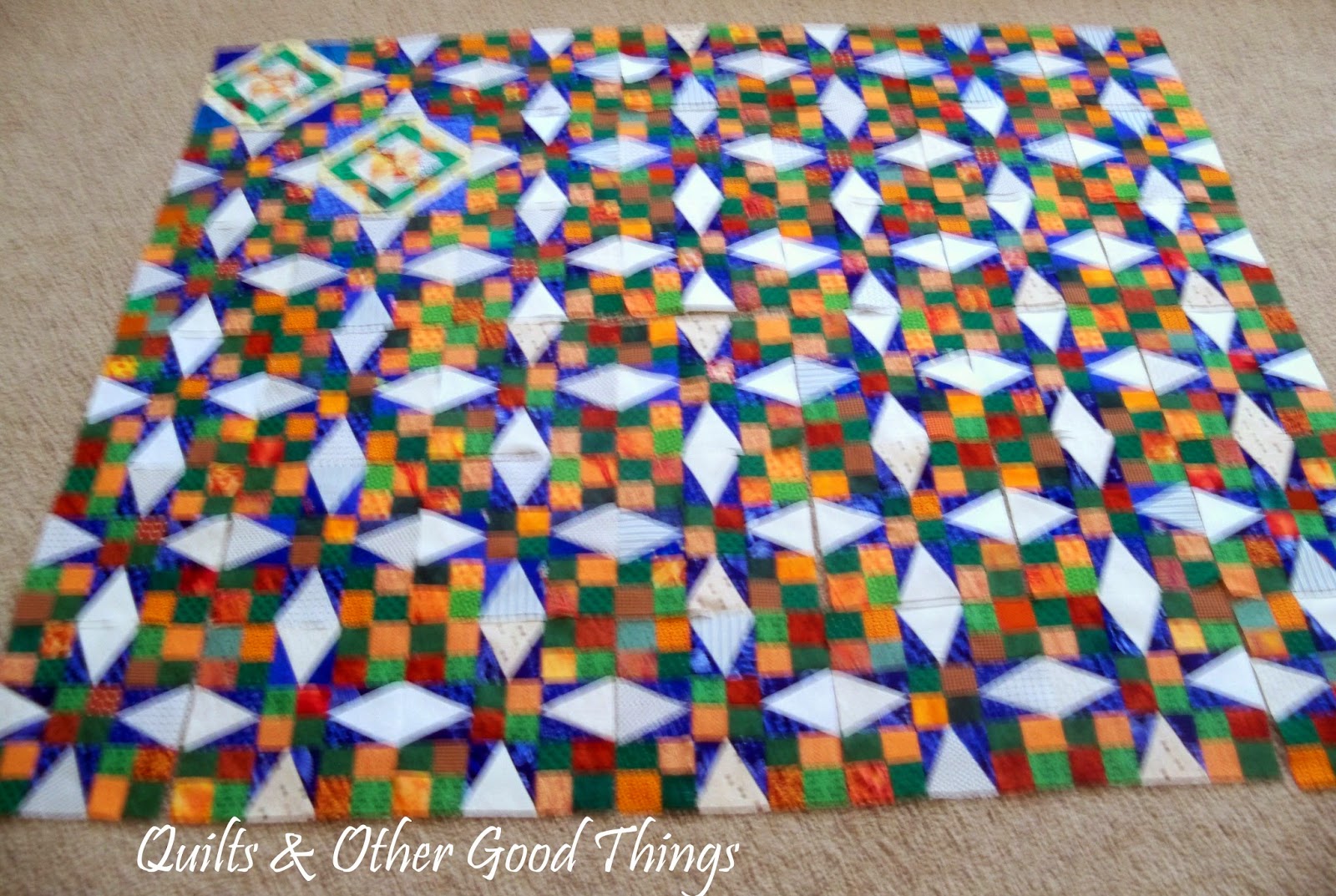 All 40 of the star blocks are completed. 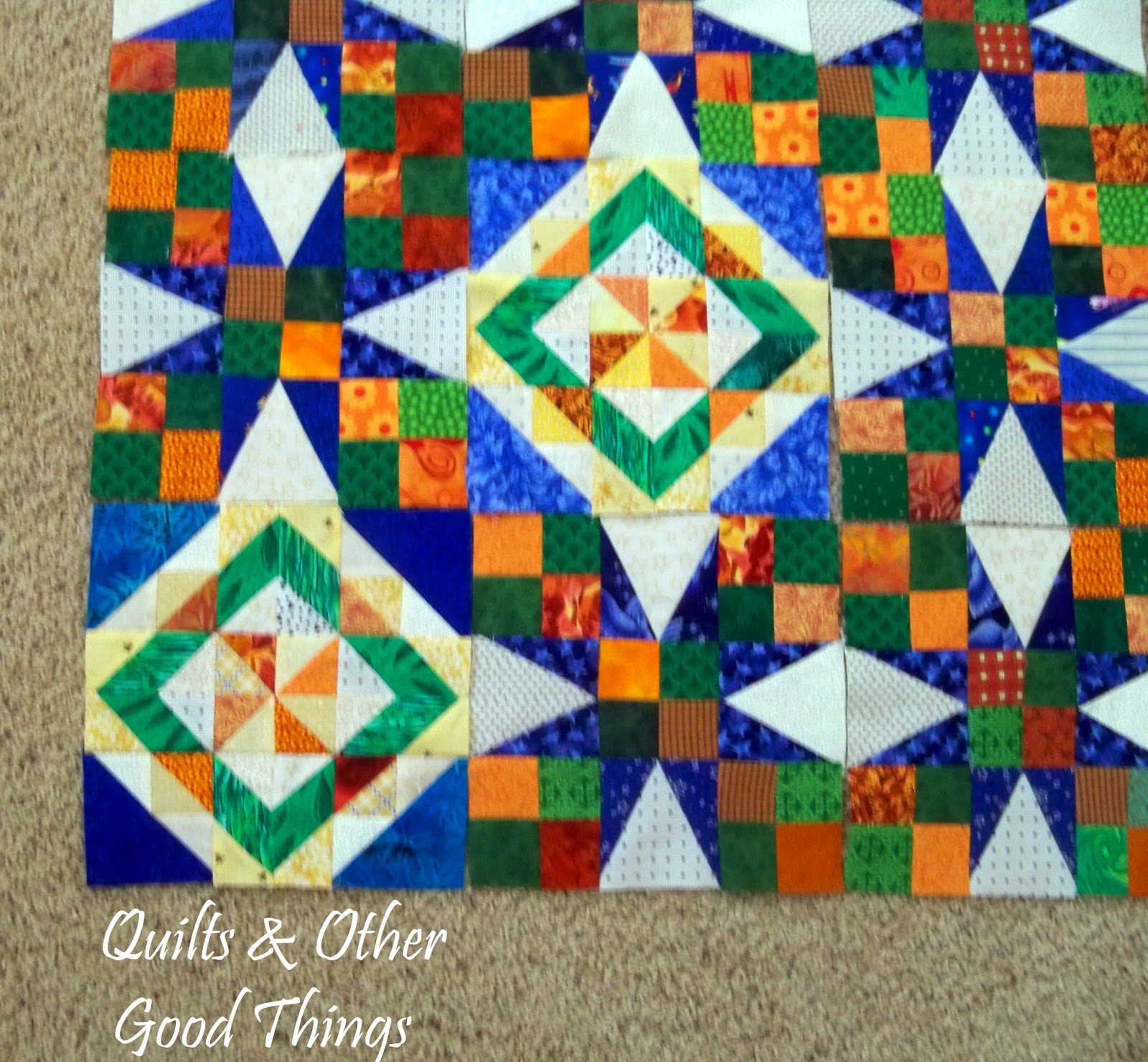 The star blocks alternate with blocks that have a pin wheel in the center.  Two are shown above.  Now all I have to do is make 39 more of those blocks, stitch the pieced border and add two more borders.  Yeah, it will be a while before the top is finished, but progress is being made.

So what are you working on?